Exploring Fisherfield on the Highland Trail

The UK's longest multi-day mountain biking race is taking place this week, around the Scottish Highlands. I know a few people who are racing and – seeing as I was going to be up in Scotland anyway – thought it might nice to go and cheer them on.

This coincided rather neatly with the start of my trip. Before I set off I spent far too long packing ("van faff" takes even longer than "bike faff") and didn't arrive at the start until after everybody had set off. Winner.

At a bit of a loss for what to do with the rest of my weekend, I needed a plan. Why not find a particularly scenic part of the route and photograph the riders as they passed through?

I've always rather fancied spending some time in Fisherfield Forest, a large expanse of wilderness on the west coast of Scotland between Ullapool and Poolewe. As luck would have it, the race would be passing through, and crossing a wide stretch of water in front of one of Scotland's more striking Munros. It could be the perfect photo opportunity…

I got up early on Sunday and drove 160 miles to the edge of Fisherfield Forest. The road through Glencoe was stunning, as usual. It's a beautiful place even when the cloud is down, but it's not often I get to see it like this… 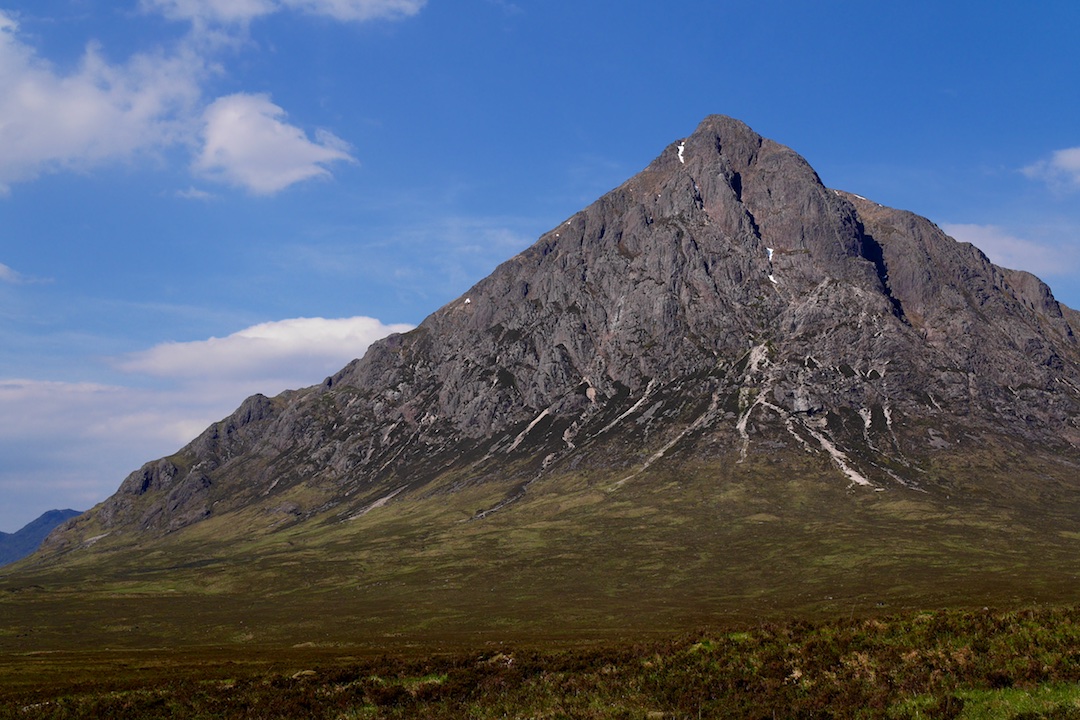 When I arrived in Fisherfield I loaded my bike up with camera kit, food and camping gear, and set out to ride the 7 miles to my camping spot.

I expected a fairly easy bimble, so didn't hold back when I was packing. What I got was a sharp reminder of what living off pizza and beer for a few weeks can do to your fitness!

For the first several miles I was on and off the bike like a yo-yo, especially when the rocks got chunky. I rode a bit, pushed a bit, then rode a bit more. 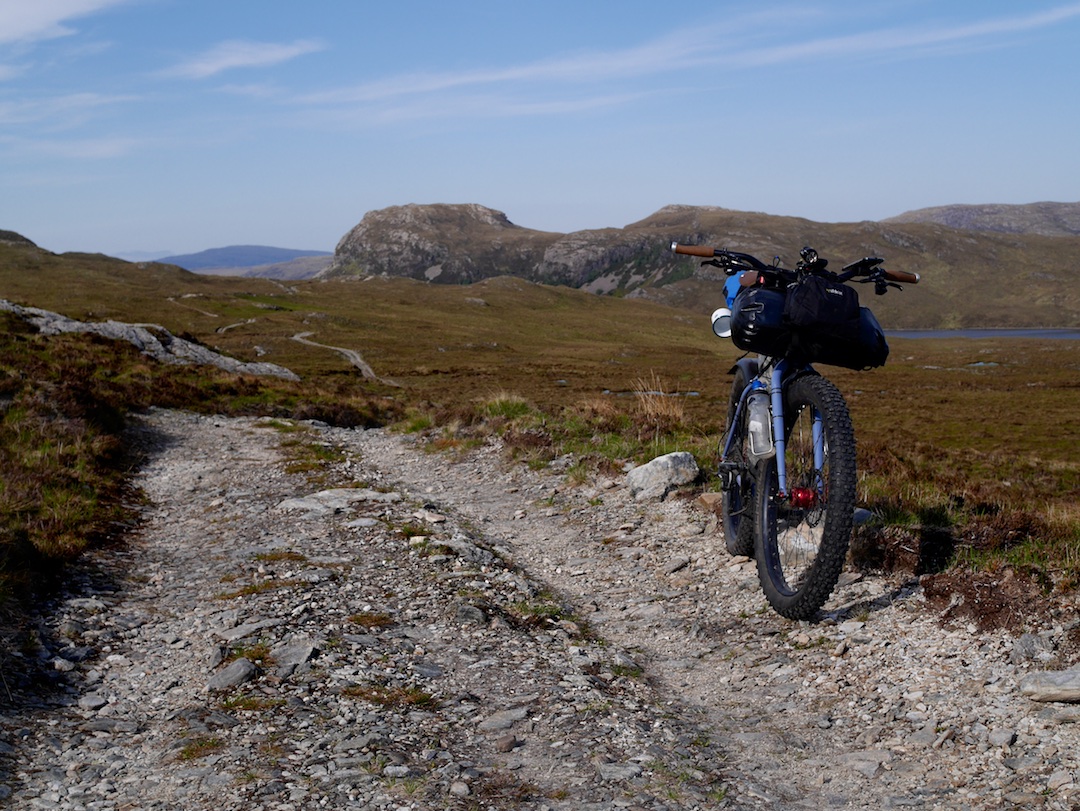 I may have huffed and puffed up the track, but the reward (a high speed descent to river) was worth it. 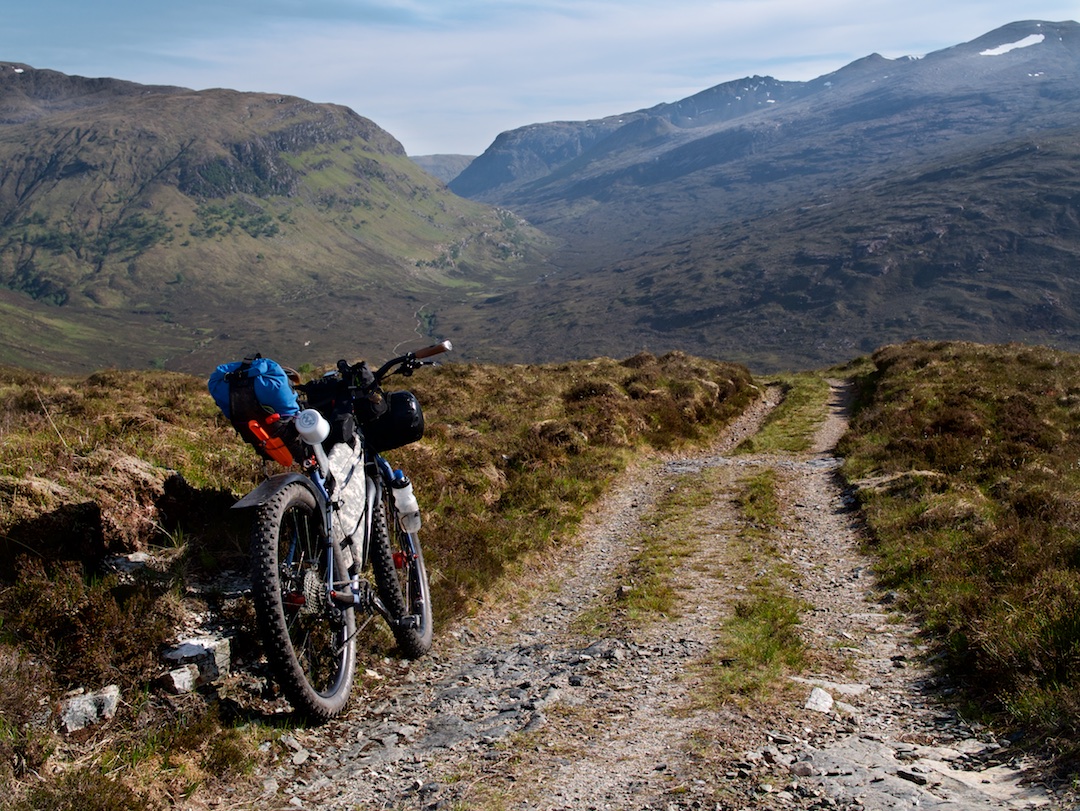 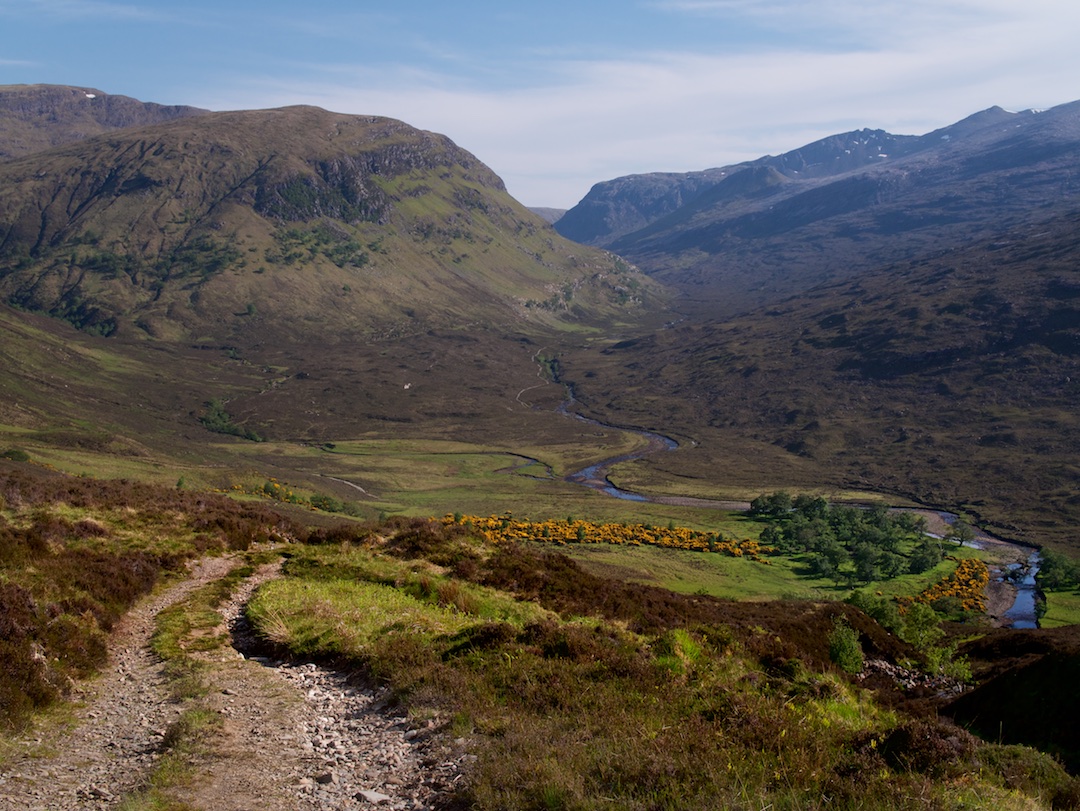 The water crossing (where I planned to photograph the race) was at the head of Loch Srath na Sealga, which you can see in the right of this next picture. 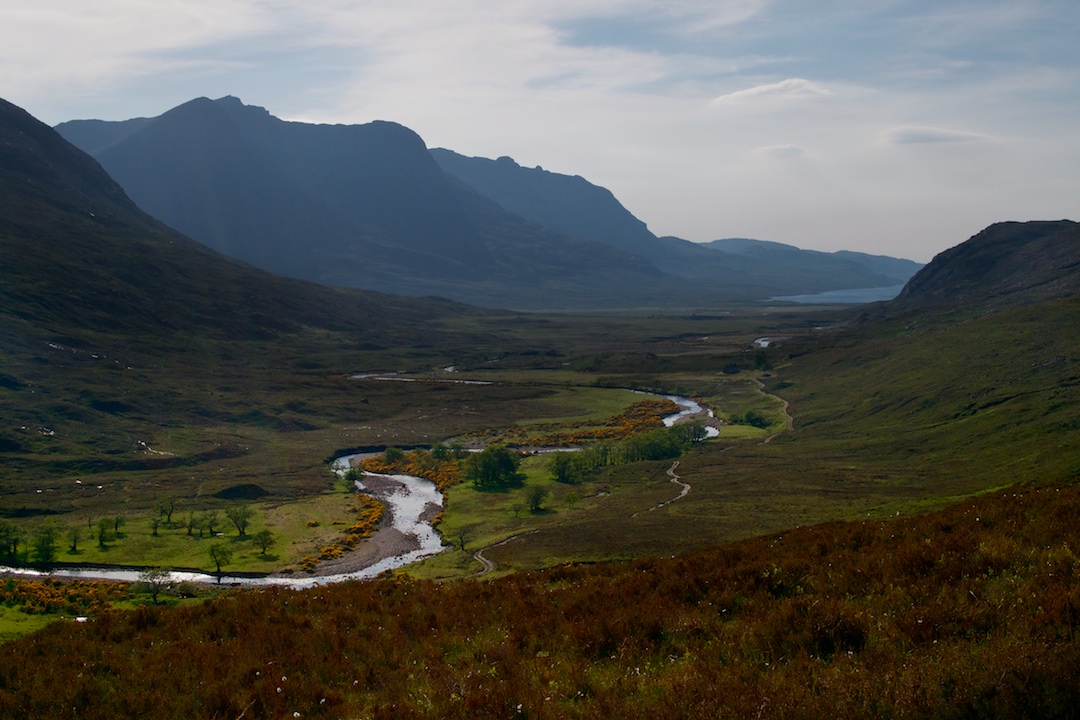 I followed the track through the gorse, arriving at Shenavall bothy (which sits by the head of the loch) about 20 minutes later. 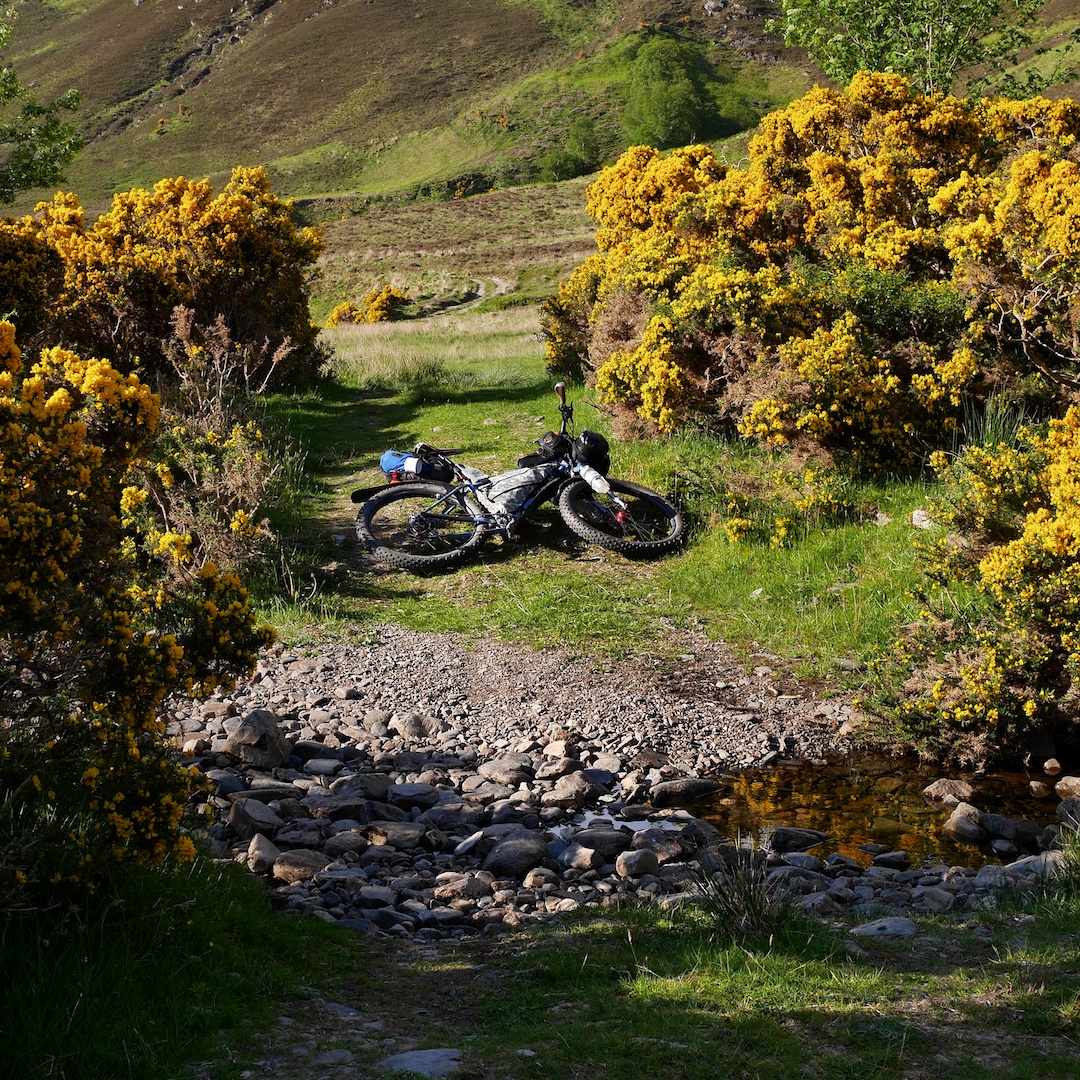 The thing to remember when photographing a multi-day cycling race (note to self) is that it really helps to know where the riders are. Without this key piece of information, you're likely to spend all day watching the horizon, constantly hoping that a rider is about to hove into view.

All the riders have GPS trackers. There's even a web site showing where they're up to. But due to a combination of piss poor planning and flakey internet in the Highlands, I had no idea where they were.

Clearly, I hadn't thought this through.

At Shenavall bothy I met a couple who'd checked the race progress early in the afternoon, and they were very confident that we wouldn't be seeing the race leaders that night.

Faced with the prospect of sitting in a midge-infested field for the best part of a day and a night, I decided to cut my losses and head back to the van.

It might not have gone according to plan, but there were definitely worse things to be doing on a Sunday evening! 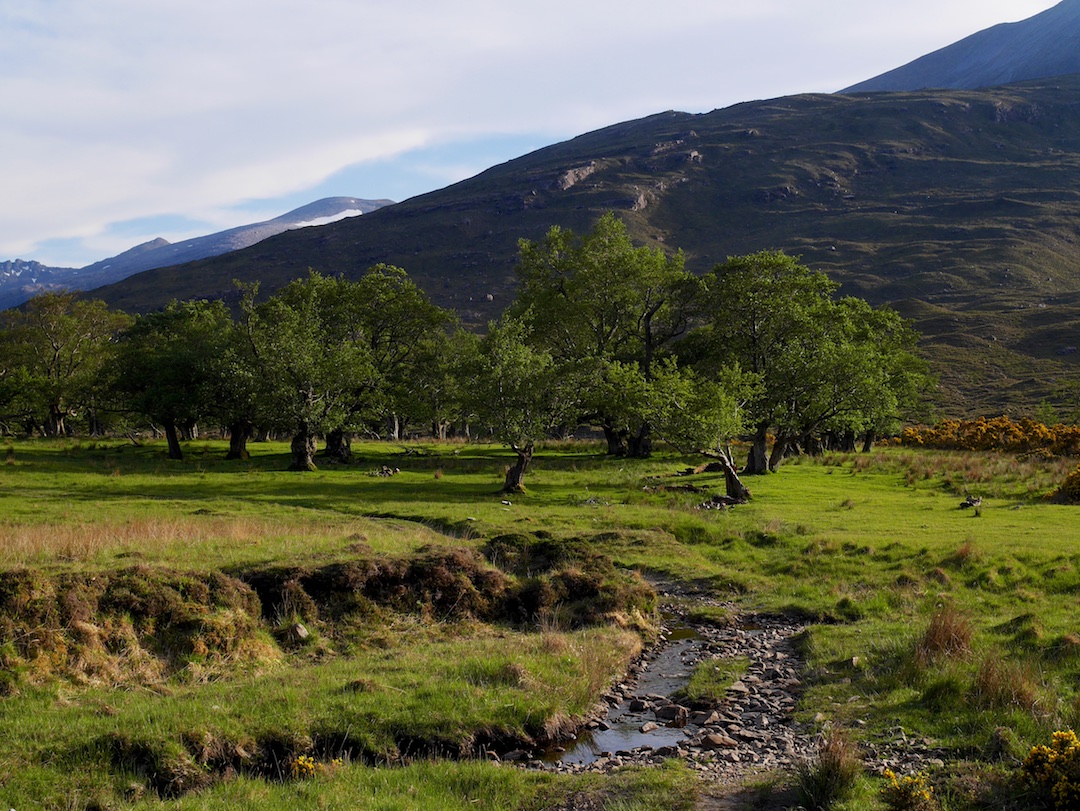 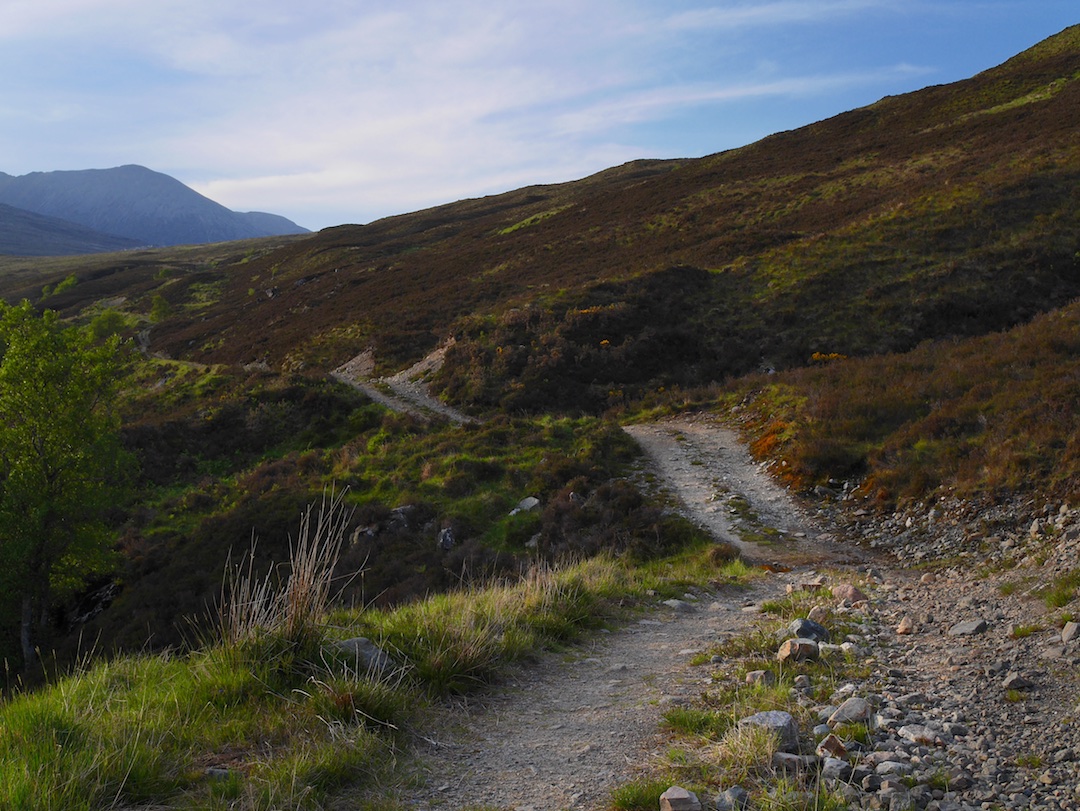 The ride ended with an adrenaline fuelled high speed descent (back down the track that you can see disappearing into the distance, in the second photo at the top of this post).

If you're interested in where I was, here's the route on Komoot.

An evening to remember

I threw everything in the van and headed to Poolewe.

I just caught the sun as it dipped beneath the horizon. 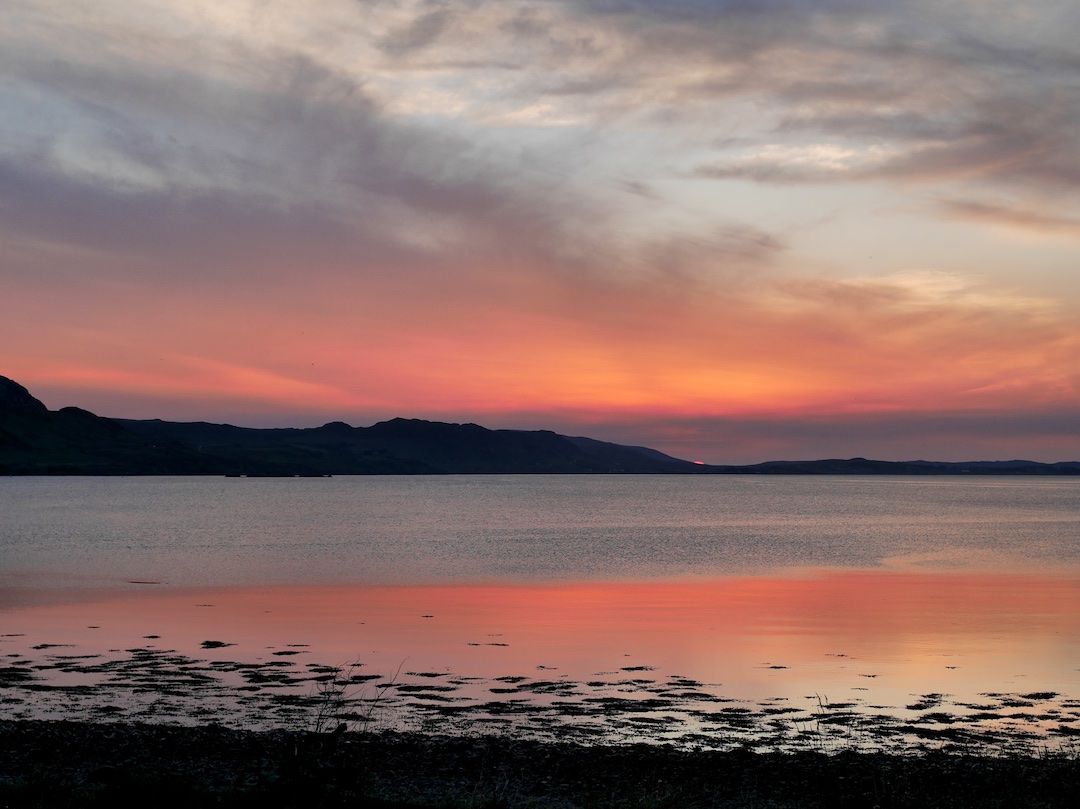 That should have been the end of a wonderful evening. Unfortunately, polite enquiries about camping at the campsite in Poolewe (they were full, but perhaps I could pay to use the shower?) led to an encounter with the most unpleasant little ass-hat that I've met in quite some time.

Not only did he tell me I couldn't pay him to use the shower because he was "off duty and busy", he then spent the next 15 minutes spying on me to make sure I didn't try and use it anyway (which I had no intention of doing, obvs).

I did tidy up my van in his car park, while it was still light, which led to him and his sidekick doing their level best to bully me into getting off their property as fast as possible. You can imagine how effective that was!

So the night ended with me hiding behind my van in a layby on a windy cliff top, using a tin mug to ladle cold water over my head. A shower of sorts, with an ocean view.