Lôn Cambria and Lôn Teifi are two long distance cycle routes in Wales, and make up part of the UK's National Cycle Network.

Lôn Cambria starts in Aberystwyth on the west coast of Wales, and runs over the Cambrian mountains, through Wales, to Shrewsbury. It's 113 miles long, and while it doesn't scale any serious heights, goes up and down a lot so does include quite a lot of hill climbing. Also known as National Cycle Network route 81 (NCN81).

Lôn Teifi starts in Fishguard (south of Aberystwyth and heads north east to meet up Lôn Cambria, before turning west to Aberystwyth). A bit shorter than Lôn Cambria, at 98 miles in length. While Lôn Teifi doesn't climb as high as Lôn Cambria, it does cover some fairly lumpy parts of Wales, and therefore includes its fair share of climbing. Better known as NCN 82.

Sustrans have produced a map and guidebook that you can buy, which (along with the sign posts along the way) provide more than enough information to make navigation easy. 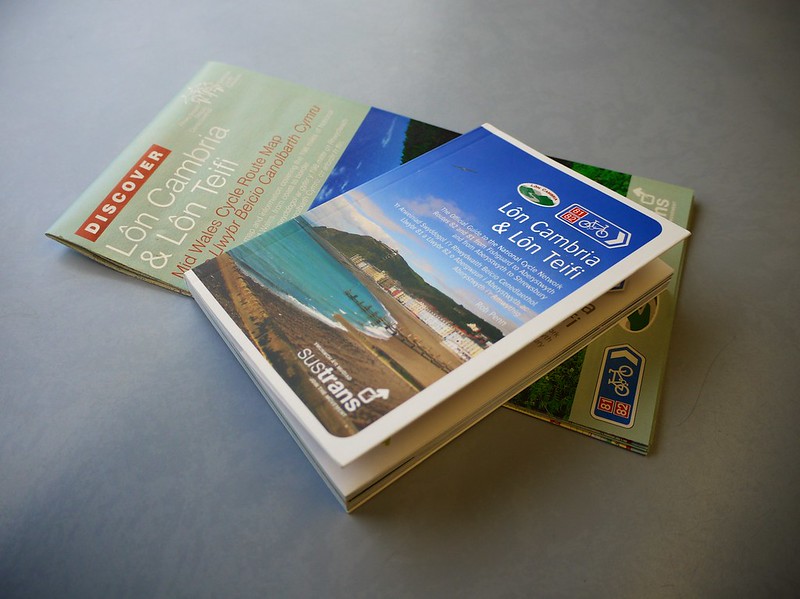 Of course, you can ride both routes in whichever direction makes the most sense to you. I needed to get to Pembrokeshire to visit friends for the weekend, so I left five days early, got the train to Shrewsbury, and cycled/camped my way across Wales.